Vanessa Patricia Ganung, 31 years old, pleaded guilty and was sentenced 40 years in prison for the first degree felony offense of Sexual Performance by a Child in the 9th District Court

The district attorney's office stated Ganung was arrested in 2013 after an investigation by the Montgomery County Internet Crimes Against Children Task Force.

The investigation revealed she had been producing child pornography of her biological daughters, 7 and 5 years old, in her house in Willis. One of the videos depicted Ganung forcing her daughter to expose her genitals and perform sexual acts for the camera, officials said.

Investigator Jason Grindstaff with the Montgomery County Precinct 2 Constable's Office found that Ganung not only took pictures and filmed her daughters, but she had actually sent the images to another adult male.

The D.A. said the mom would have been facing life in prison had she not accepted the plea agreement.

When Ganung's sentence expires in 2056, she will have to register as a sex offender for the rest of her life.

"Ganung was the vehicle by which these girls arrived on this earth, but she is no mother. There is nothing we value more in Montgomery County than our children, and I happy to say that both girls, now removed from that horrible situation, are doing great," said Mary Nan Huffman, chief prosecutor. 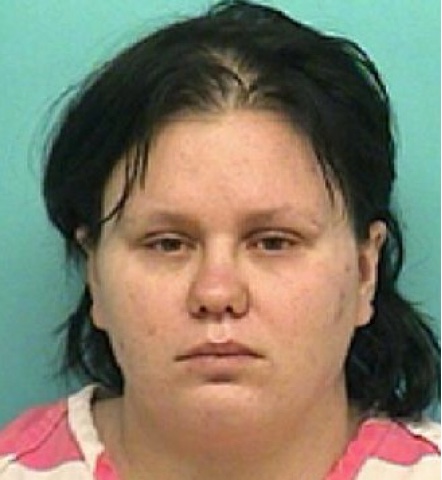 "To help... missing and/or exploited child victims. To help... and rescue children who have been sexually, physically and mentally abused. To help... indigent parents who would not otherwise be able to afford help to look for their children."